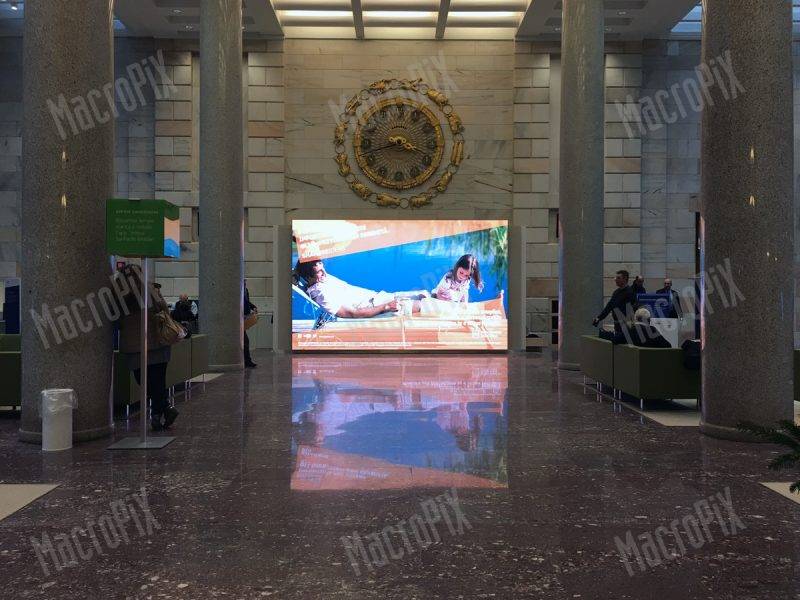 If you just walk a few meters in the city center or drive on major roads you can see large screens or giant displays installed in shop windows, inside the stores, or on the walls of buildings and poles instead of static billboards. Or if you go and see a concert or a show at a theater. Or if you go to a stadium. This type of product is commonly called LED display or LED video wall or LED screen. In smaller sizes up to about 70 inches you can see monitors based on LCD or Oled technology but in larger formats it is now LED technology to dominate, thanks to its increasingly high definition, the lack of visible lines and gaps between the modules or tiles, visibility even under direct sunlight, resistance to atmospheric agents, relatively low power consumption. LED displays allow a scenic and visual impact to date without comparisons and become the almost obligatory solution for the digitization and modernization of a space, for the maximum involvement of passers-by, customers and patrons. The word led video wall makes it easy to understand the sense of continuity of the product, which, when installed, can easily cover large surfaces to transform them into “televisions”. The word LED display is, however, perhaps the most correct because we are talking about giant screens (relative to other technology monitors) based on light emitting diodes. In addition to LED video walls or LED displays, the same products can also be defined in different ways, for example, a display board or digital advertising billboard, LED screens, LED panels, advertising monitors, but in any case we are talking about the system that is today the most visible and impactful in the professional video technology market, as you can further see on the website www.macropix.com